So I was thinking, as one does, about making a pinata.  I’d recently seen photos of the great pinatas that folks in Mexico were selling that looked like Donald Trump.  Of course, this made me think about who I might I want to bash in the face (symbolically only of course!).   The obvious choice was Supreme Court Justice Antonin Scalia. 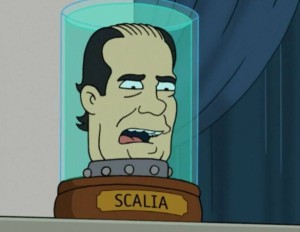 From Futurama. I haven’t seen this episode but now I plan to! I need to find out why, out of all the possible choices, someone would have cryogenically preserved Scalia’s head.

Ugh.  Even a cartoon rendition of him makes me want to wash my brain out with soap.  Let’s all cleanse our collective cranial palate by looking at this cute little lamb getting a belly rub. 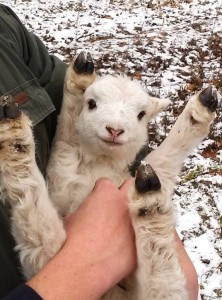 Awww! Who wants a belly rub!

When making any form of paper mache, I tend to follow the methods of renowned Seattle papier mache artist Dan Reeder.  You can google him if you want.  I’m not gonna add a hyperlink that’s going to give you a 404 error in 2019.  I plan ahead!  Also, give a man a link and you feed him for a day.  Teach a man to google and he’ll never get anything else productive done his whole life.  Go forth and google “Dan Reeder papier mache.”  You’ll see some really great stuff, I promise.

Anyhoo – start with either a giant wadded up ball of newspapers, or if you have a lot of stuff shipped to you from amazon, save up the bubble wrap.  Make it into a head-shaped ball and wrap it with masking tape: 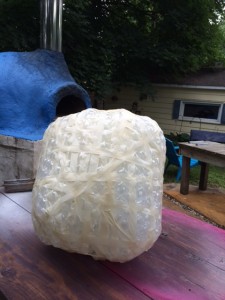 Next step is to make a pile of newspaper strips.  Here are my strips, although I probably should’ve made them smaller. 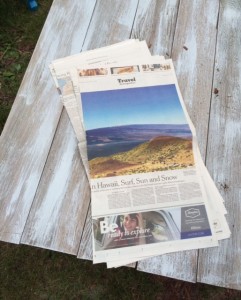 We don’t get the paper anymore because we are modern (and cheap) so I asked a friend if she had any.  If you borrow newspaper from a classy friend, you might get the New York Times! 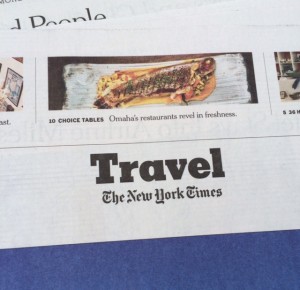 I feel smarter already.   Ok, so we’re going to mix up some white flour (because “everyone’s a little bit racist” -Avenue Q) with warm tap water.  Use Perrier if you want but you’re not impressing anyone!  Mix it in approximately a 1:1 ratio.  It should feel like thick soup. 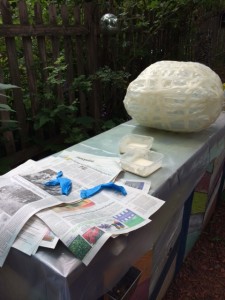 This is our outdoor bar.  I put down some cheap vinyl dropcloth from Home Depot to protect it, because the flour/water mix is yucky.  We also wore blue disposable gloves.  You can wear another color if you want but I can’t guarantee the outcome.  You might end up accidentally making a Ruth Bader Ginsburg pinata. 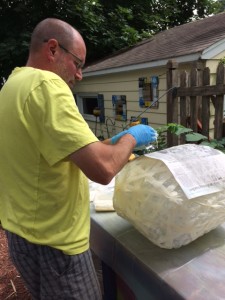 Dip your hands into the flour mix, then rub them on a piece of newspaper that you’ve placed onto the form.  Do NOT dip your newspaper into the ‘glue.’  Don’t do it!  I’m warning you!  It’s a federal offense.  Your wet-flour-soaked hands will be perfect.  All you need is for the newspaper to stick to the other strips.

Apply three or four layers of newspaper/glue.  Then set your pinata somewhere to dry.  Preferably somewhere it can’t get rained on as rain will really impede the drying time. 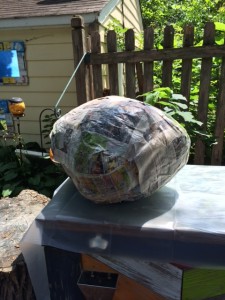 Scalia paper mached. Now we wait. And the waiting is the hardest part.

After a couple of days, it will be dry and really hard (that’s what she said).  Find a serated knife, either in a kitchen drawer or sticking out of your ex-boyfriend’s abdomen. 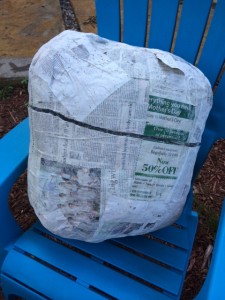 The closest I’ll ever come to being a neurosurgeon.

Cut all around the head.  I call this stage the lobotomy. 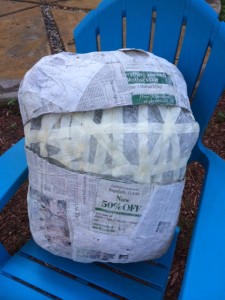 The paper mache should easily come off.  Well, pretty easily at least.  Took maybe two minutes.  At this point you’re left with two halves of the skull. 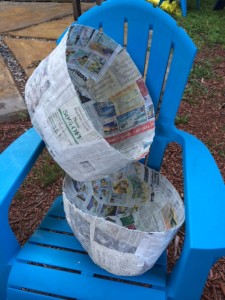 Remove the brain. Save it for making a pinata of any other Supreme Court Justice who pisses you off.

I will post the rest of the Scalia pinata tutorial in a couple of days, after we’ve completed the other steps!

And finally for tonight, a photo from a couple years ago of the three of us.  Rula is adorable but we can’t take credit.  She is not our biological child. 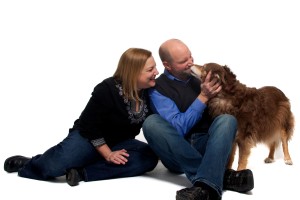